Moving on to the fourth generation, Giorgio's sons, Mauro and Anselmo have been involved in running of the company since 1964. On the eve of major market changes, Italian wine was winning over foreign markets. Regulations were introduced to protect appellations, and in 1970 the three DOC Lambrusco were born in Modena (Sorbara, Grasparossa and Salamino di S. Croce). The two brothers embarked on a plan to reorganise the company. Mauro focused on the family farms, relocating the vineyards to the the best areas of production and making a careful clonal selection, which proved to be fundamental for the quality of the Cleto Chiarli’s top-end  wines. Anselmo concentrated on the winery’s commercial activity and the modernisation of internal processes.

Remember that in the '70s, with the creation of decentralised (regional) government  and the success of  visionaries such as Veronelli, Soldati, Buonassisi, Carnacina, and Brera, a new era began for the Italian regional food and wine, which laid the foundations for developments in taste that are still underway today.

In the '70s, following the success of Lambrusco, the Cantina Chiarli winery expanded production, doubling its capacity. The market was quickly changing, and it was not uncommon to find Lambrusco of questionable quality. Despite these disruptions Chiarli’s philosophy remains faithful to the idea of its founder of producing authentic, traditional wines without never compromising on quality. This proved to be a successful strategy,  given that production reached around 20 million bottles, 50% of which contained Lambrusco DOC. 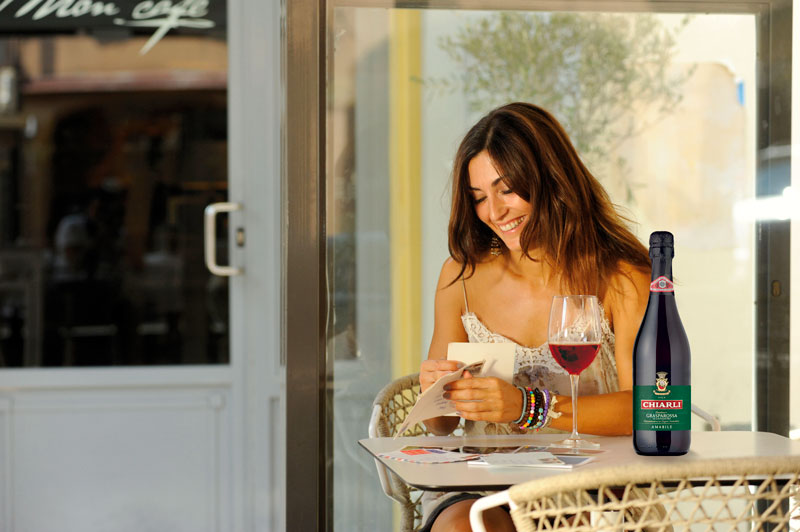