These were years of great commercial expansion achieved through the company's ability to innovate and refine production techniques, aided by the development of transport and the increase of a growing middle class that was beginning to appreciate a more modern, higher quality sparkling wine. Chiarli’s lewgacy was by then in the hands of Cleto's son, Anselmo, and under his guidance, production reached well over one million bottles a year in the 1930s. This was exceptional in an era in which Lambrusco fermented in the bottle and all the processes were carried out entirely by hand. As the leading winery in Emilia, it began to export its wines, which were then reaching France, England, Germany, and also the United States and South America.

The Second World War brought damage and destruction to the city of Modena and in the spring of 1944 Chiarli was hit by a bombing that destroyed the northern suburbs. Two bursts almost completely destroyed the facility. Business came to a halt and only resumed in 1946, after the reconstruction of the plant. 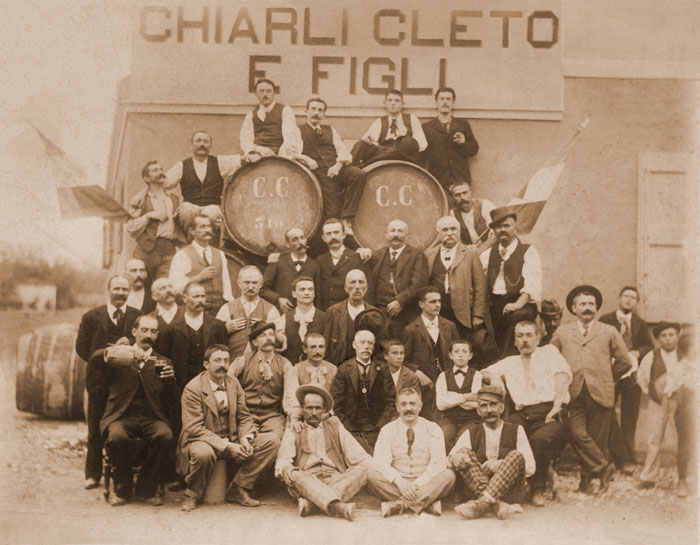